A hurricane is a type of tropical cyclone or severe tropical storm that forms in the southern Atlantic Ocean, Caribbean Sea, Gulf of Mexico, and in the eastern Pacific Ocean. A typical cyclone is accompanied by thunderstorms, and in the Northern Hemisphere, a counterclockwise circulation of winds near the earth’s surface.

All Atlantic and Gulf of Mexico coastal areas are subject to hurricanes. Parts of the Southwest United States and the Pacific Coast also experience heavy rains and floods each year from hurricanes spawned off Mexico. The Atlantic hurricane season lasts from June to November, with the peak season from mid-August to late October. The Eastern Pacific hurricane season begins May 15 and ends November 30.

Hurricanes can cause catastrophic damage to coastlines and several hundred miles inland. Hurricanes can produce winds exceeding 155 miles per hour as well as tornadoes and microbursts. Additionally, hurricanes can create storm surges along the coast and cause extensive damage from heavy rainfall. Be prepared - check out the Miami-Dade County Hurricane Guide.

Floods and flying debris from the excessive winds are often the deadly and destructive results of these weather events. Slow moving hurricanes traveling into mountainous regions tend to produce especially heavy rain. Excessive rain can trigger landslides or mud slides. Flash flooding can occur due to intense rainfall.

Between 1970 and 1999, more people lost their lives from freshwater inland flooding associated with land falling tropical cyclones than from any other weather hazard related to tropical cyclones. 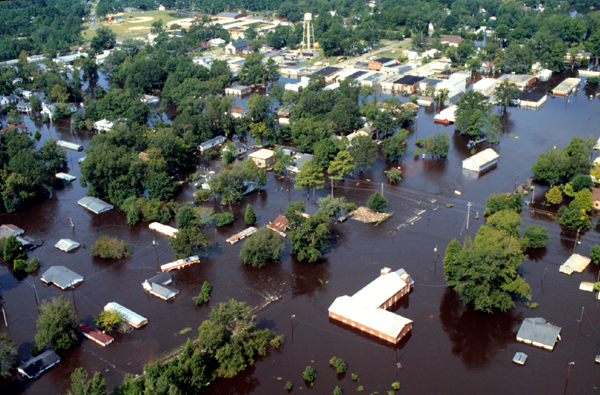